With a reasonable forecast and enough interest we ran the 100S Boyce Trophy (for models up to 100″ & rudder/elevator/spoiler only). 6 pilots turned out to compete with a variety of models from old school Algebra’s through “newer” Eliminators to Keiths Pulsar and Andrew’s all moulded Tracker. When we arrived it was slightly overcast, a little light rain in the air and a WSW breeze. This continued through the first round, but from round 2 onwards the sky cleared adn we had excellent conditions. In Rd 1 Andrew’s Tracker refused to play and he switched to his 2m PuRES model which managed the clubs light winch very well, but wasn’t getting the “ping” off the top of some of the other models. He did get away though and put a reasonable margin between himself and the rest of the field, only Tommy getting close to his time.

In Rd 2 Tim got away, marginally beating Keith with everyone else a long way back

Rd3 saw Paul & Keith leaving everyone else behind

Rd4 Paul & Andrew got away and BIll got close

Rd5 Keith got away with Bill & Tommy not too far behind

After 5 rounds (1 discard) Keith was ahead of Andrew by just 148 points in a possible 4000! and the top 3 had only 303 point between them. All in all a close and exciting competition.

Andrew & Keith then flew in a 2 round fly off for the Trophy. Keith had a poor first flight and Andrew went in to Rd 2 with a clear margin which he held by “sitting” on Keith throughout the flight and thus taking the 2019 Boyce Trophy 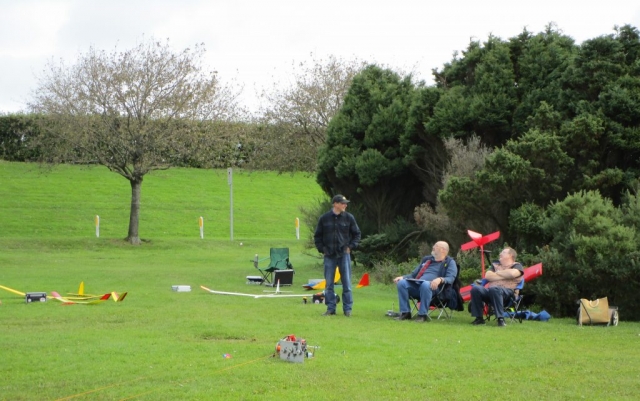 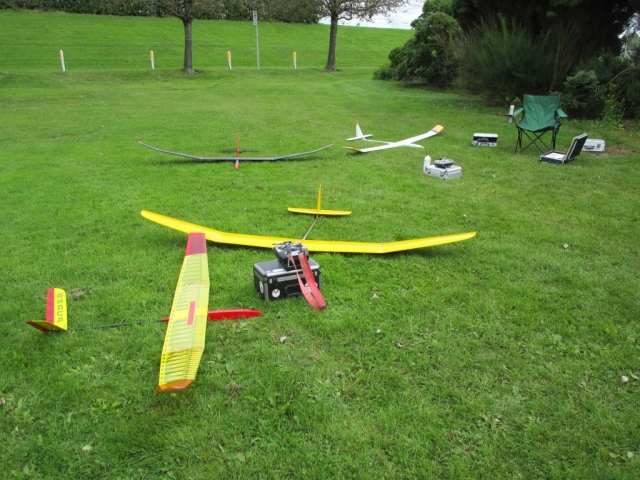 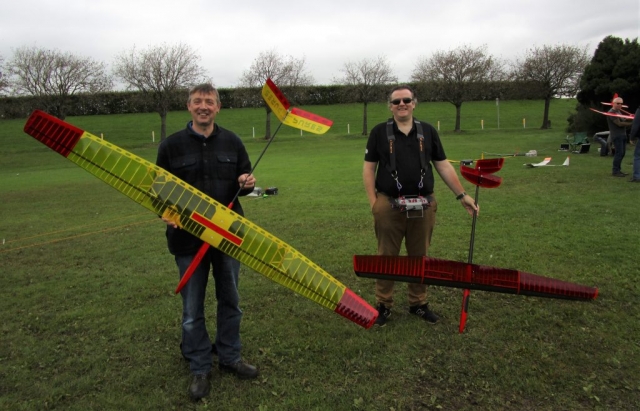