The forecast in the run up to this event was awful, but despite this the decision was taken to at least turn up and see if it was possible to fly.

7 Pilots turned up and it was great to see Ronnie Armstrong out flying again with his ‘bitsa’, (Phoenix 200 fuz and Radian wing). The rest of the models ranged from Keiths Xplorer, costing in excess of £1000, Andrews Supra at a similar cost through Inside F5j’s to foam Radians and a couple of RES models converted to electric.

We decided to try and fly the event CD Paul Freeman stating the event as 5 rounds, (1 discard),  of 8 mins with the top 2 to go on to a 2 round fly off.

Flying commenced and the best lift seemed to be out towards the WNW and the turbine, but it was very easy to fallout of the lift and make a very swift descent from that point to a landing. Despite this there were quite a few flights close to or on the 8 mins and the scores were very close. During round 4 the sky to the west darkened dramatically and the air changed completely, getting heavy and humid. The decision was taken (in agreement with all pilots) to call the rounds off after this round, which still allowed the discard. Results at the end of 4 rounds were:

The fly off proved you don’t need a big expensive model to do well as we had models at both ends of the spectrum. Keiths big expensive full house composite model and Pauls, largely wood, 2m E-PuRES.

There were a hint of rain in the air as the first round started which got heavier as it continued, then stopped almost at the end of the round! Keith had a fair lead on Paul going in to the second round and never really looked like losing it.

Congratulations Keith on another win. 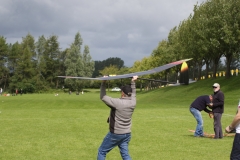 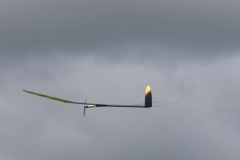 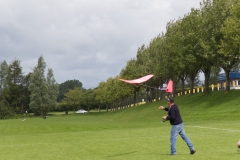 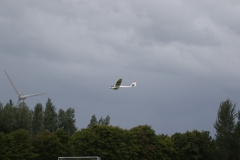 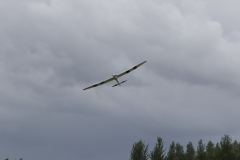 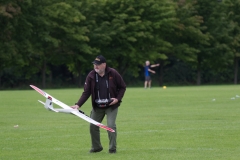 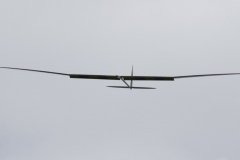 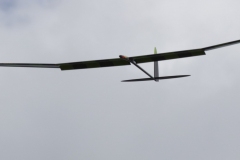 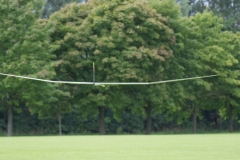 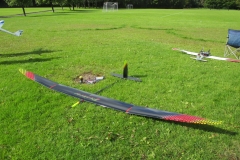 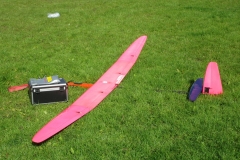 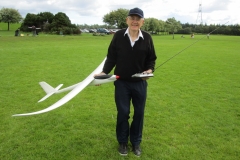 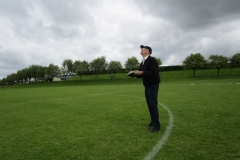 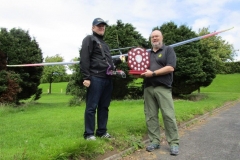 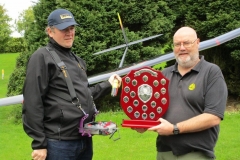