Forecast was for light SE winds so it was bit of a surprise to get to Mallusk and be almost blown away! While we set up the wind dropped a little but some of the gusts were still quite fierce. Paul decided on 5 rounds allowing 1 discard and we started the competition with 6 pilots. Round 1 was hit and miss with only Paul & David finding lift and getting away. Rd 2 was similar with again only Paul & David finding much in the way of lift. In Rd3 Bill surprised everyone (including himself) by finding and working a small bubble of lift with only Tommy getting anywhere close. Rd’s 4 & 5 switched between Paul & Tommy with the rest trailing in behind.

Although this is a one design event with everyone flying a PuRES, Sam elected to ballast his and Keith flew his electric version (no motor on)  for a heavier wing load in the winds. This seems to have backfired with neither finding much in the way of lift (or maybe just flying through it with the  models not indicating lift?)

At the end of the 5 rounds, it was a fairly unusual scoresheet. David (in his first season of competition flying) doing very well to finish in third, Tommy in second and Paul taking the win. . 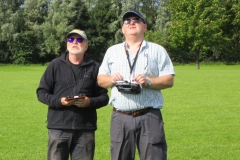 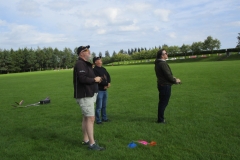 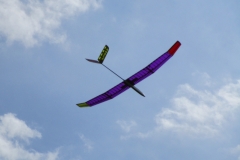 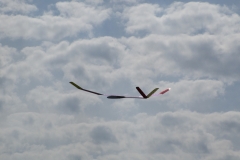 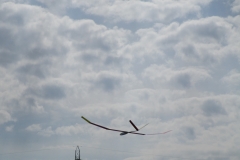 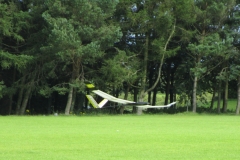 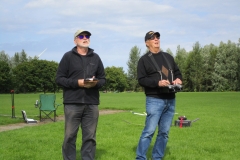 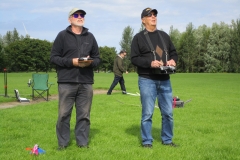 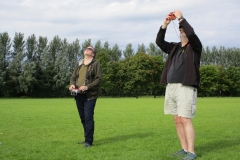 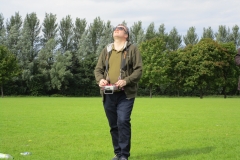 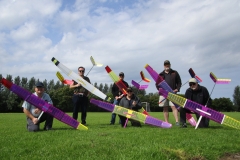