Forecast was sunny, light winds, we were met with light winds and overcast (and decidedly chilly compared to previous days!).

Keith had damaged his Q12 prior to the event and was also a bit under the weather, we all reckoned he was getting his excuses in early!! Good job he can take all the flak that heads his way!

CD, Paul Freeman, stated the event as 5 of 8 minute rounds, (allowing 1 discard). With the top 2 then going on to a 2 round fly off. He also reintroduced the landing tape, which was a simple nose in or out of a 20m circle for a 20 point bonus. As the breeze picked up through the event a few people got to far downwind and didn’t make it back to the circle.

7 pilots took part with a variety of different models (see rounds sheet). Flights varied from barely over a minute to almost the max. At times people seemed to be doing OK and getting away, ony to find themselves struggling to make the landing tape seconds later.

After 5 rounds the scores were as follows:

So Sam & Tommy made it through to the fly off:

In the fly off Rd 1, the 2 pilots went off in opposite directions and for a while it was pretty even, then Tommy lost the lift he was in and as he was coming down rapidly made for the landing. Sam seemed to be doing OK, but he also suddenly lost lift and headed in. 31 seconds, (78 points) separated the 2 flyers at the end of round 1. Round 2 was similar with the lift suddenly disappearing, butSam hanging on longer for a clean sweep. 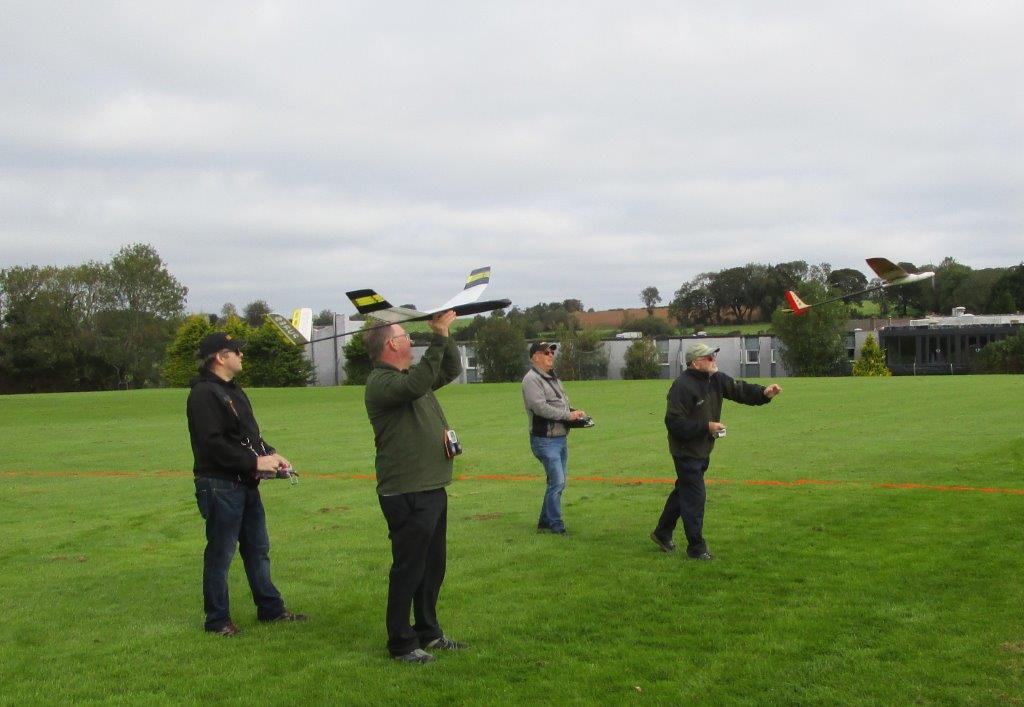 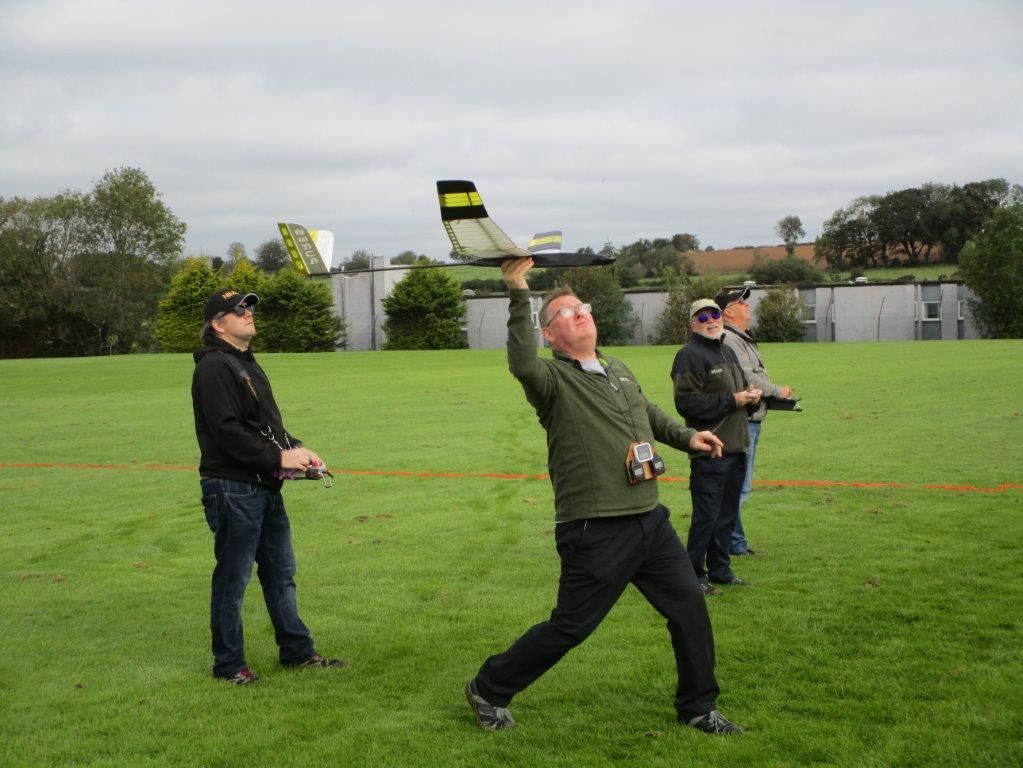 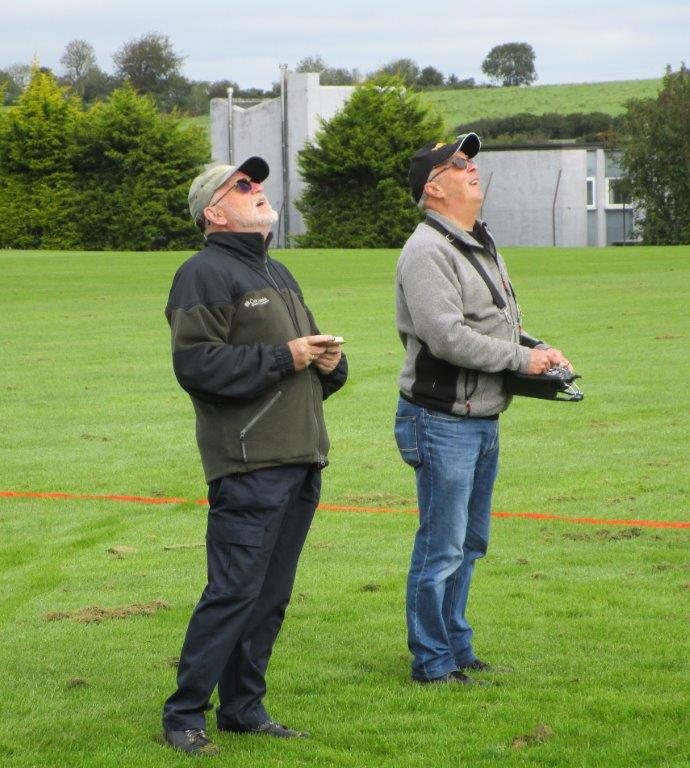 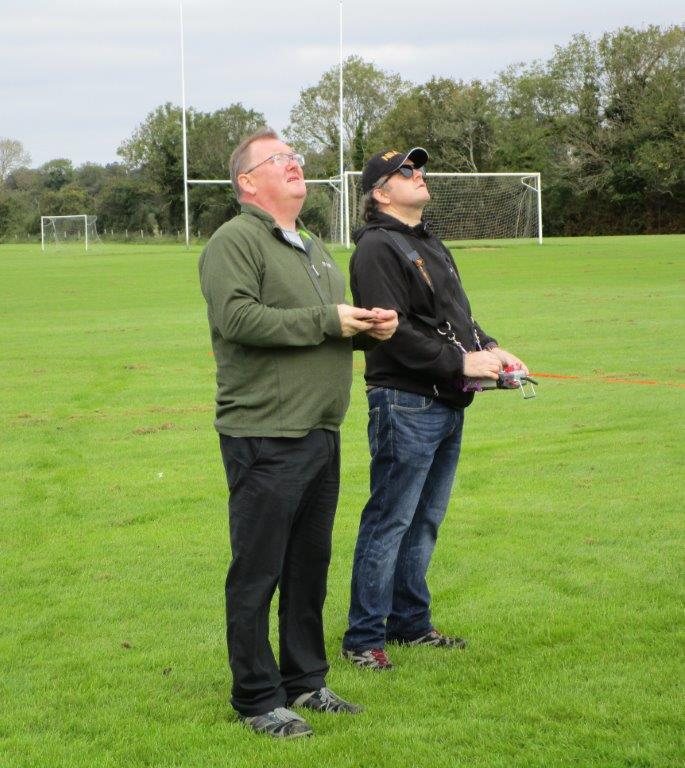 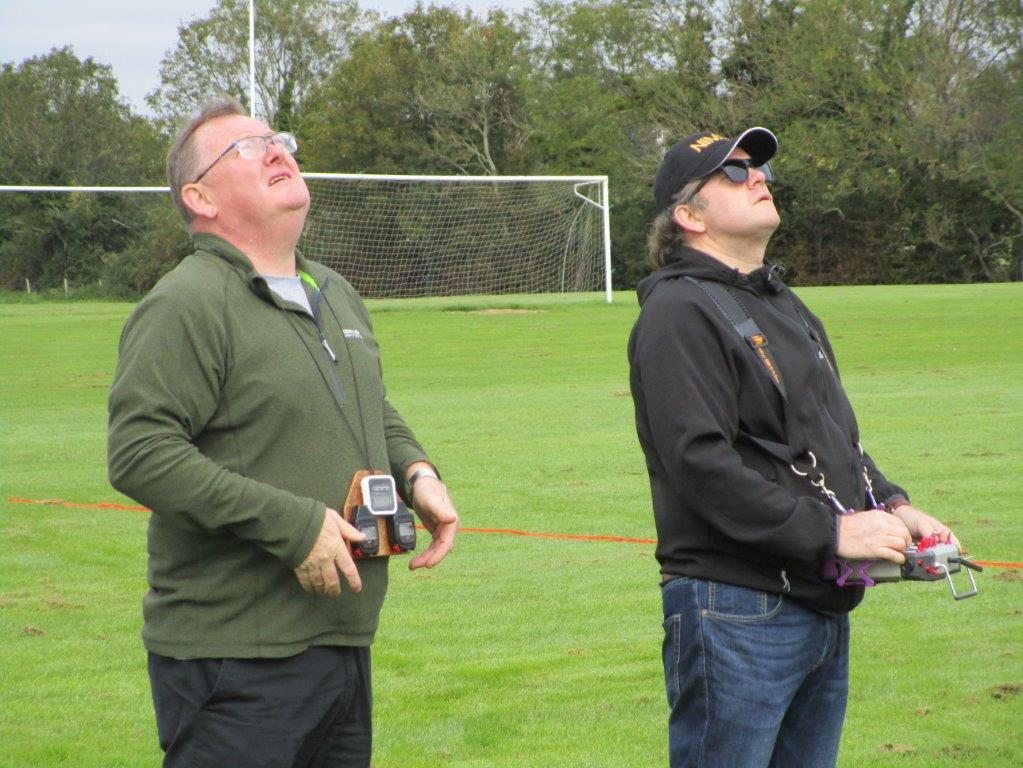 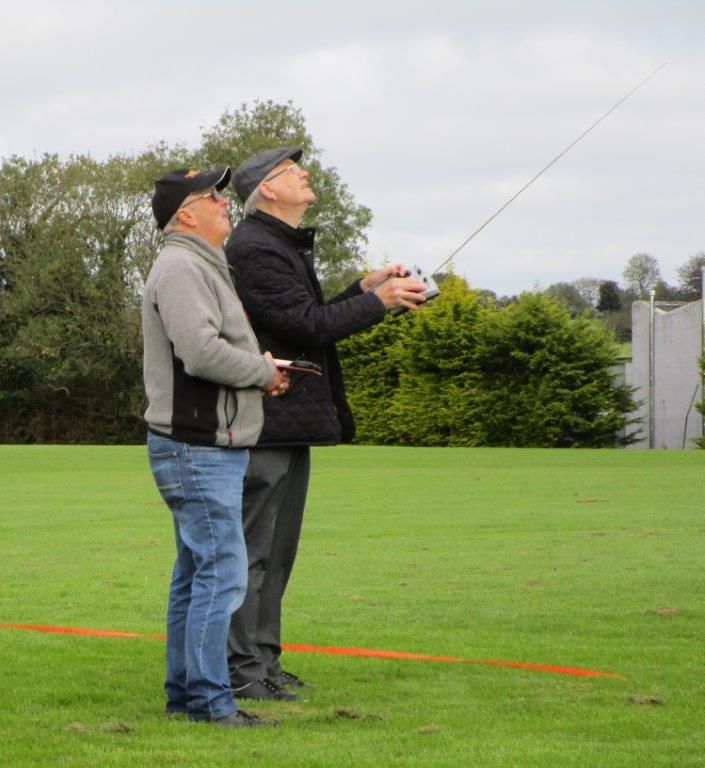 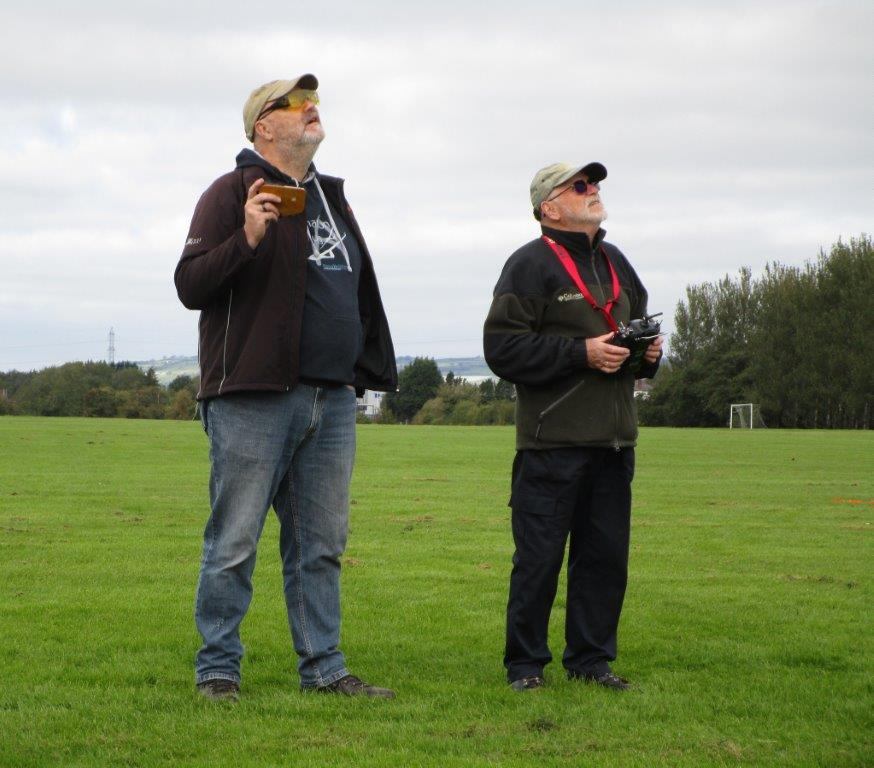 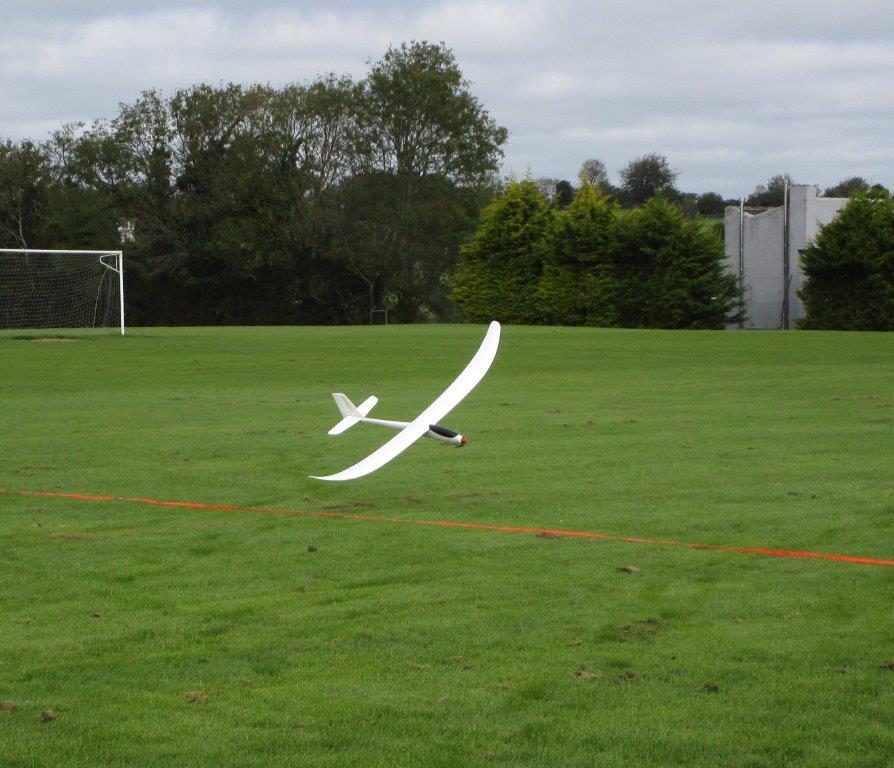 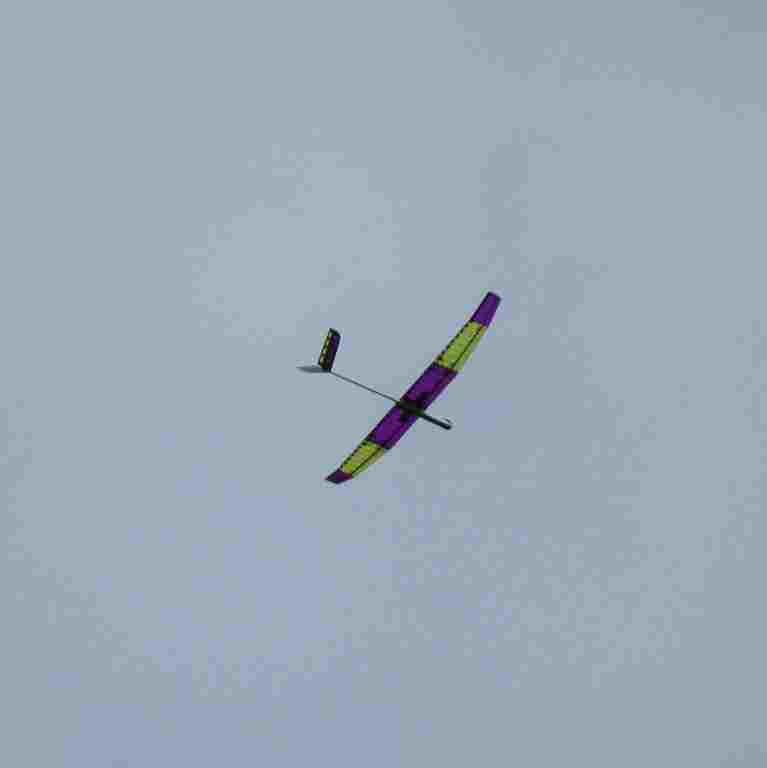 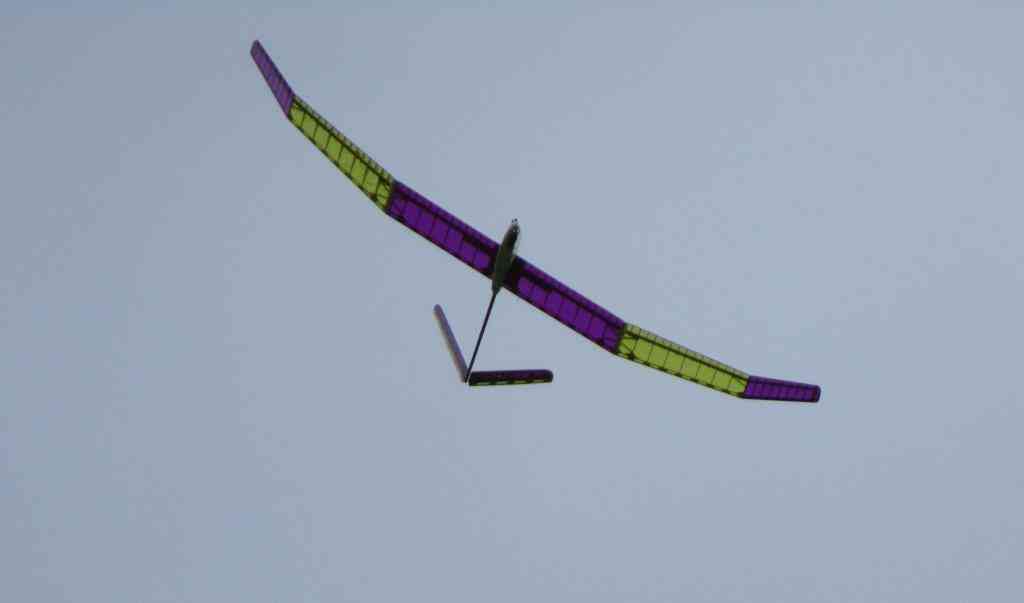 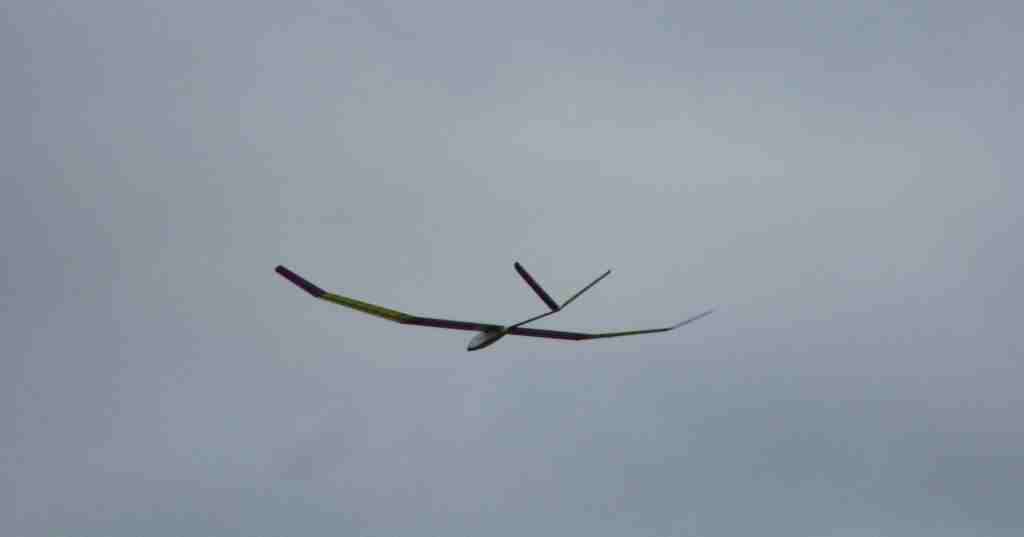 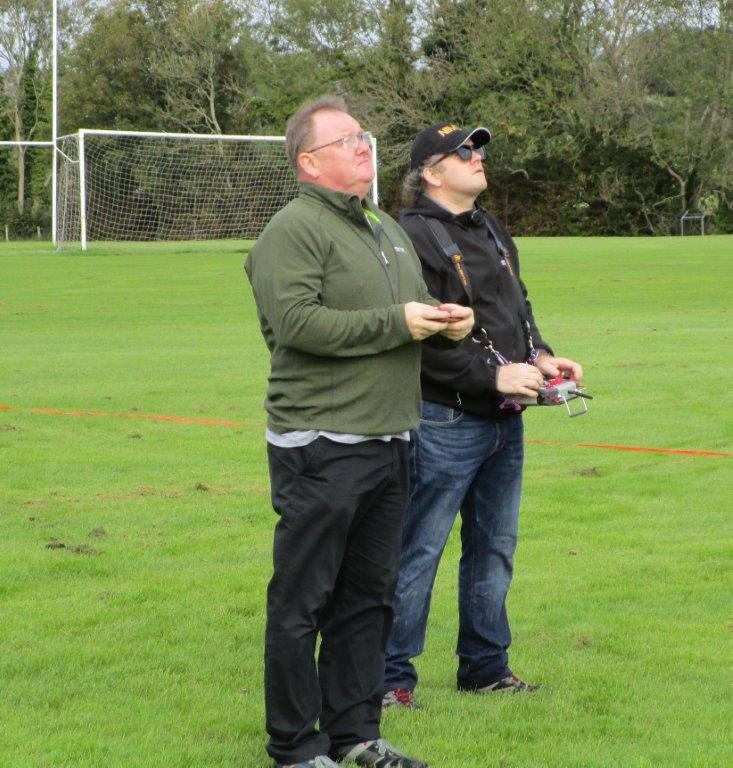 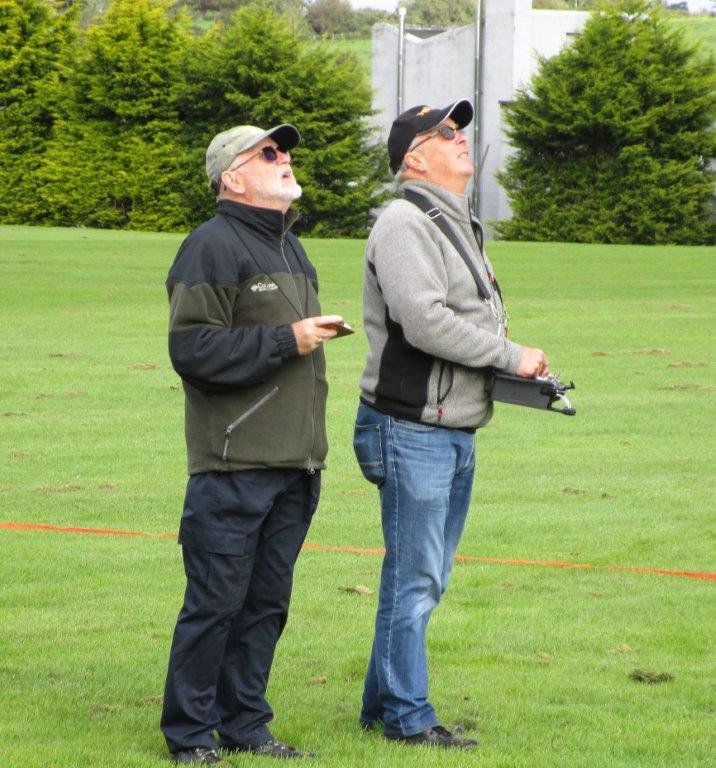 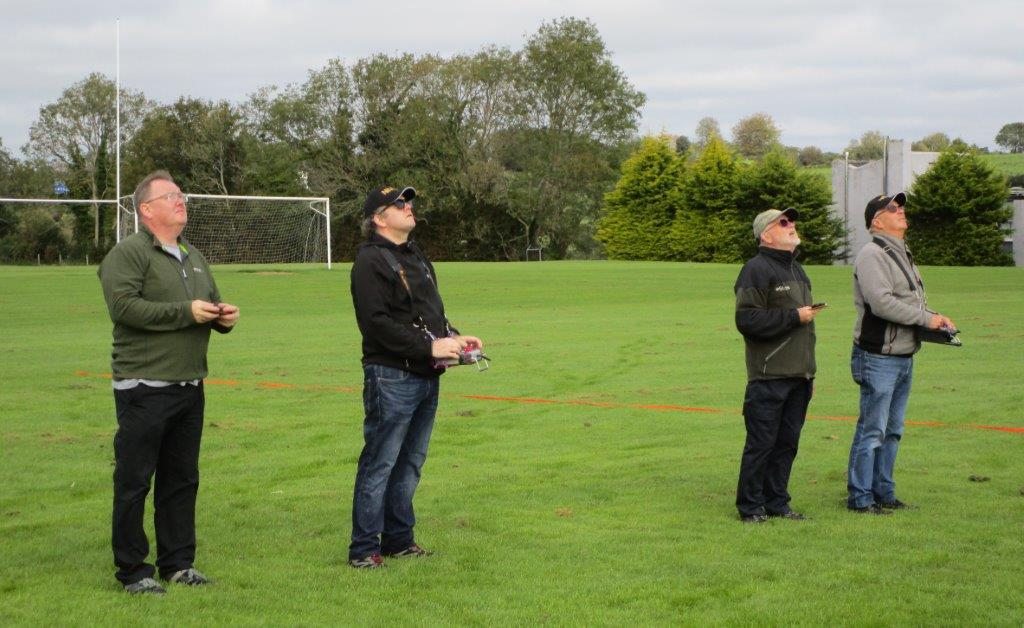 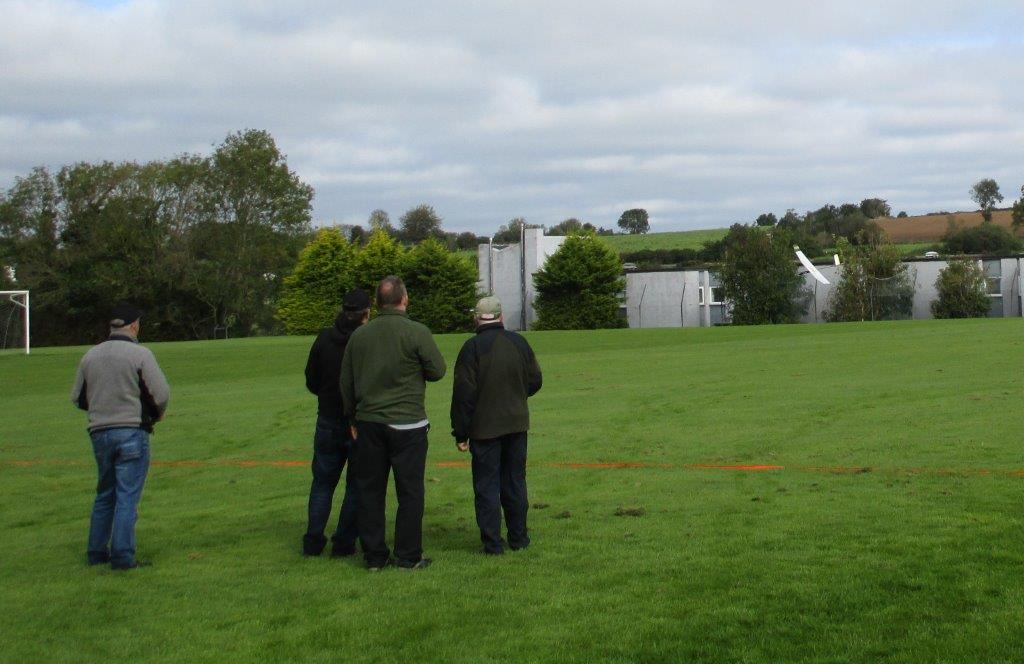 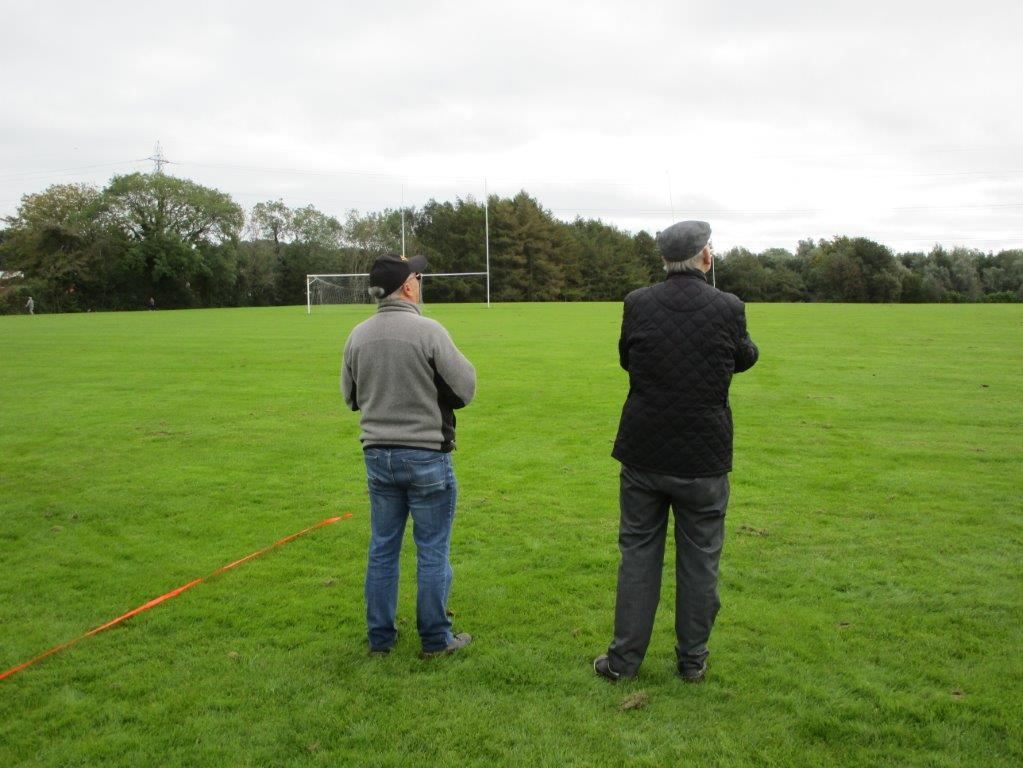 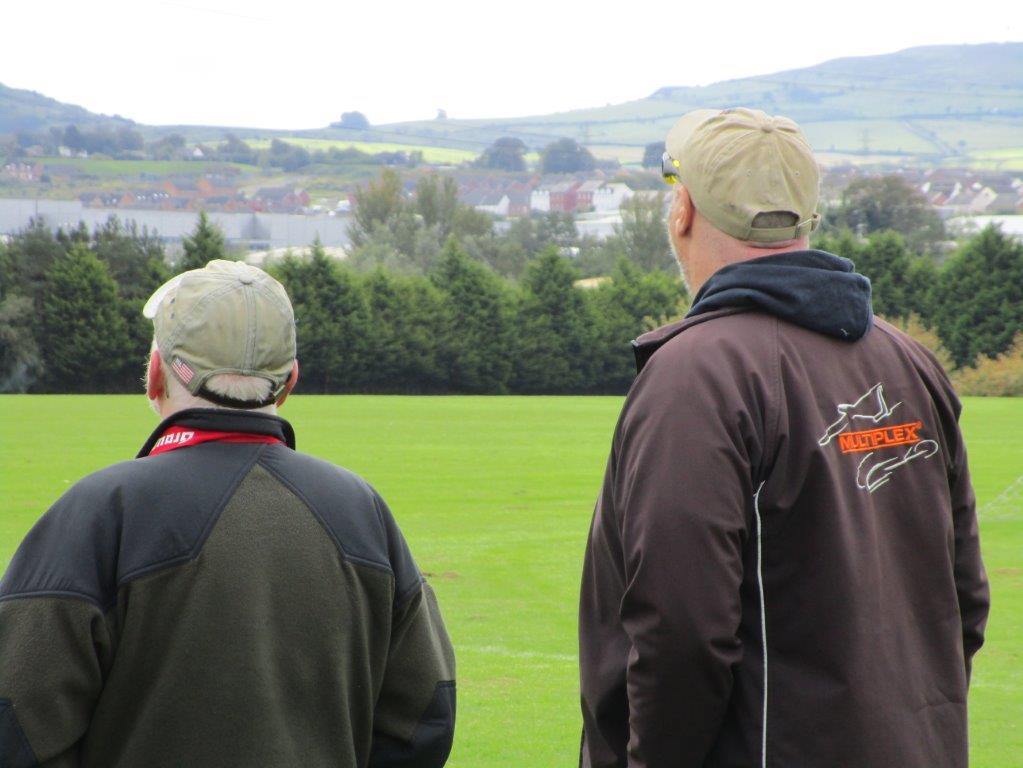 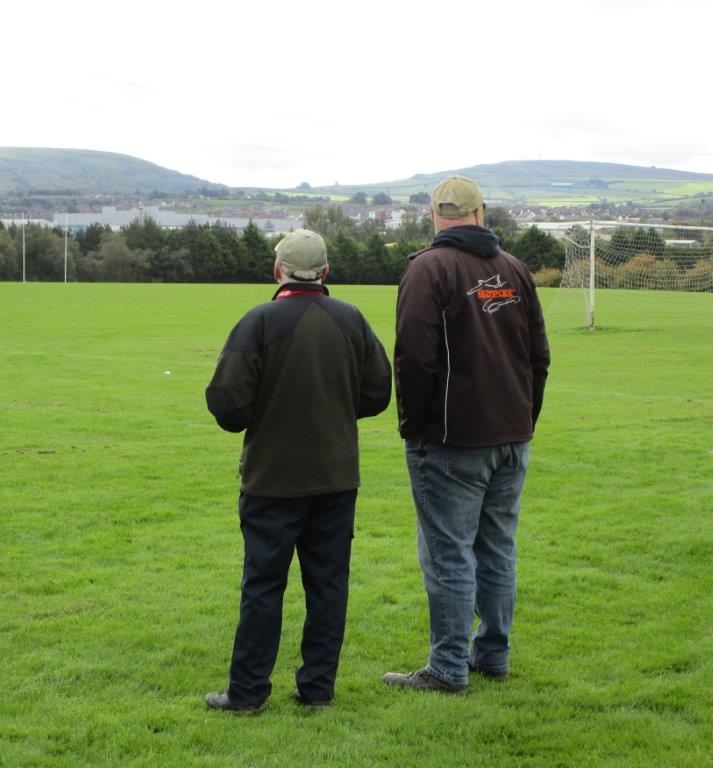 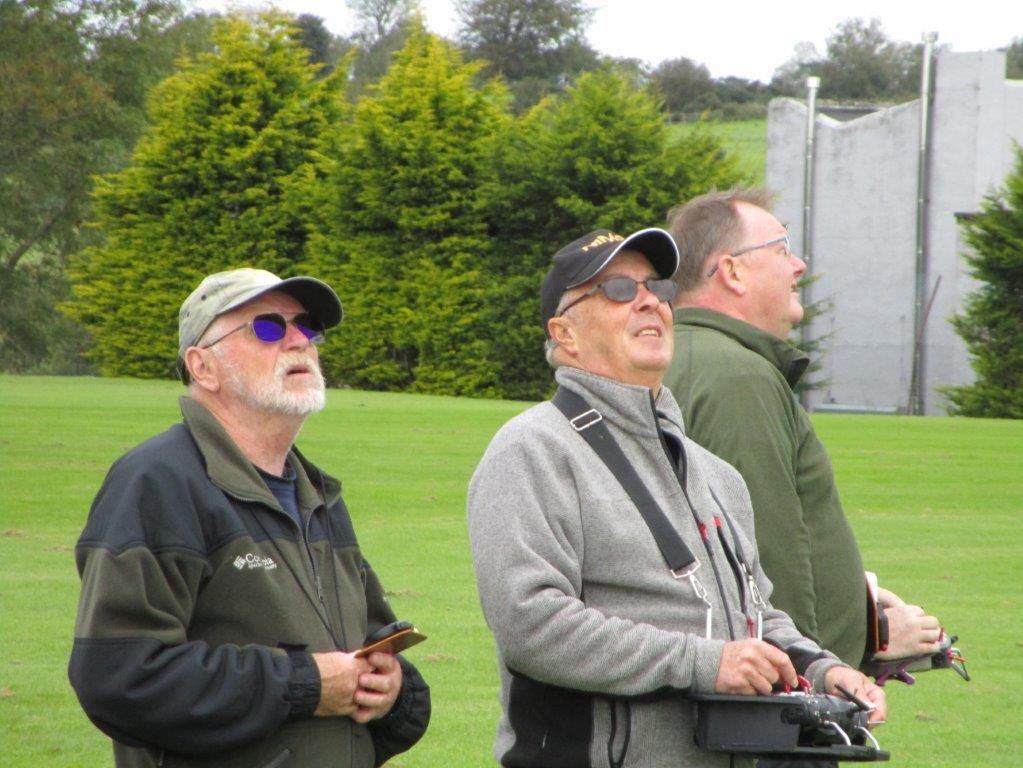 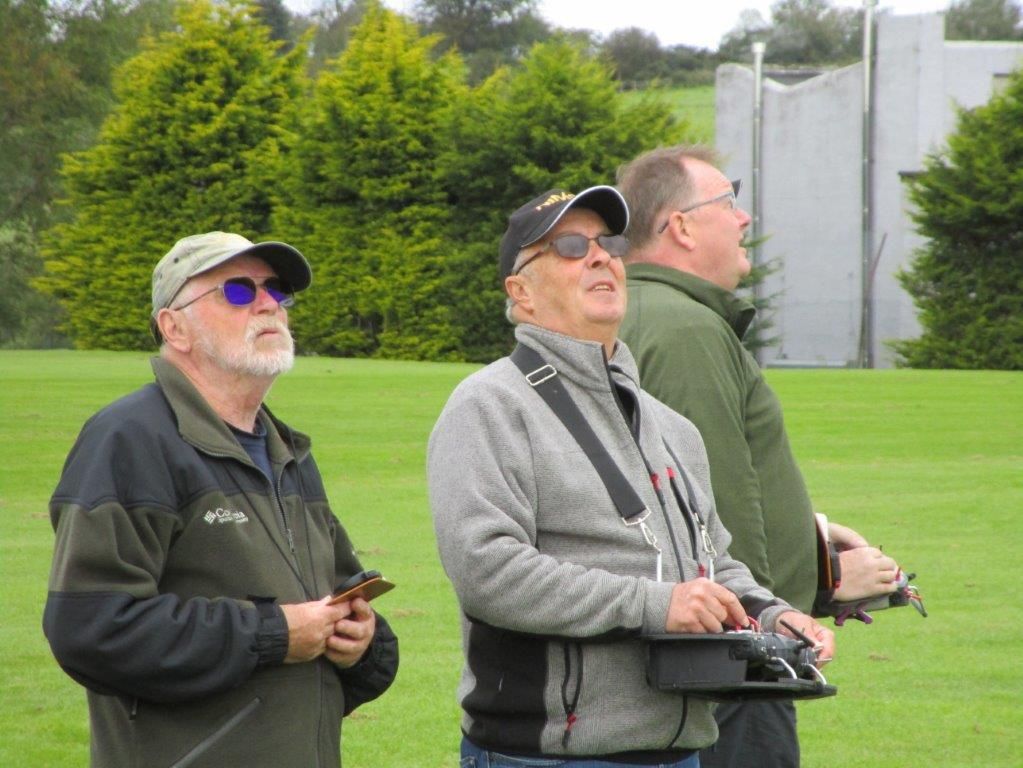 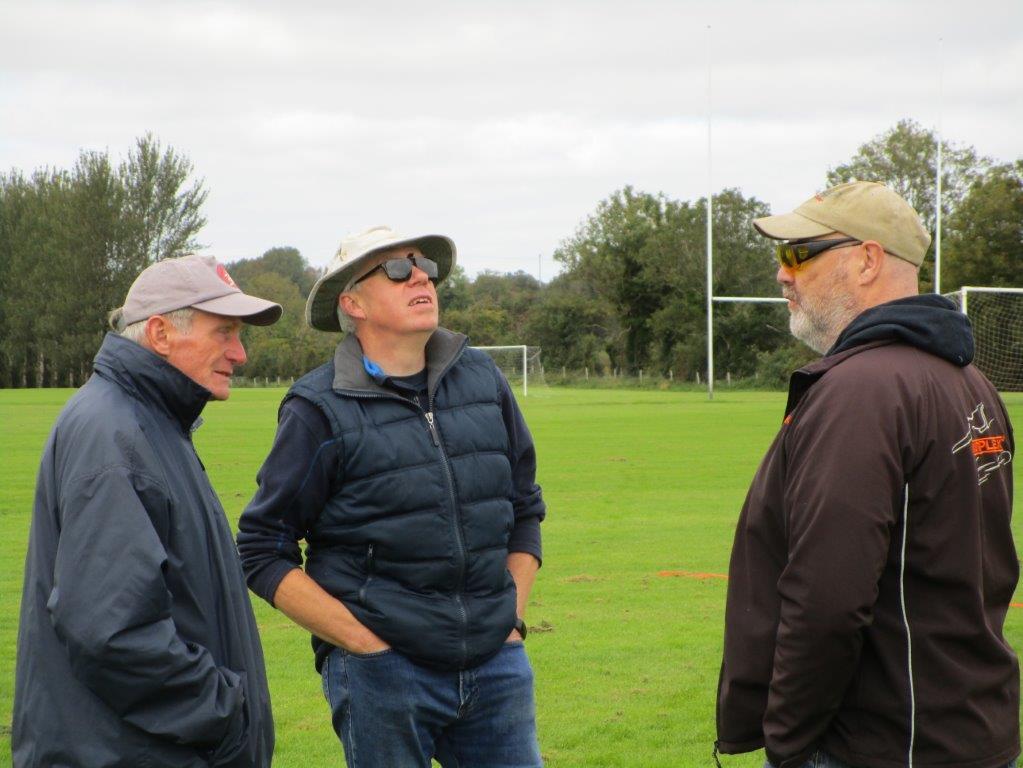 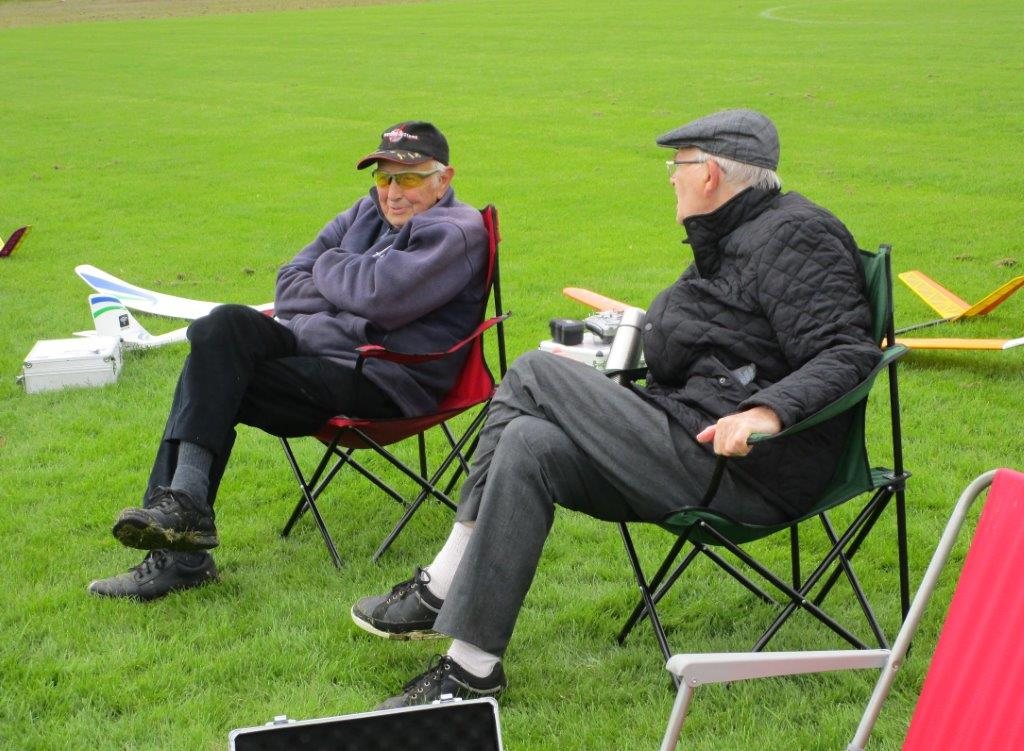 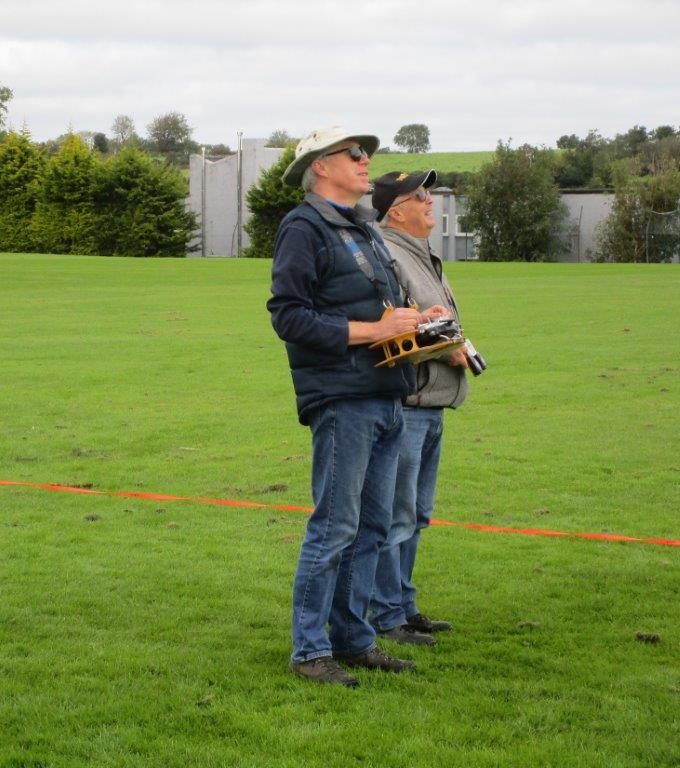 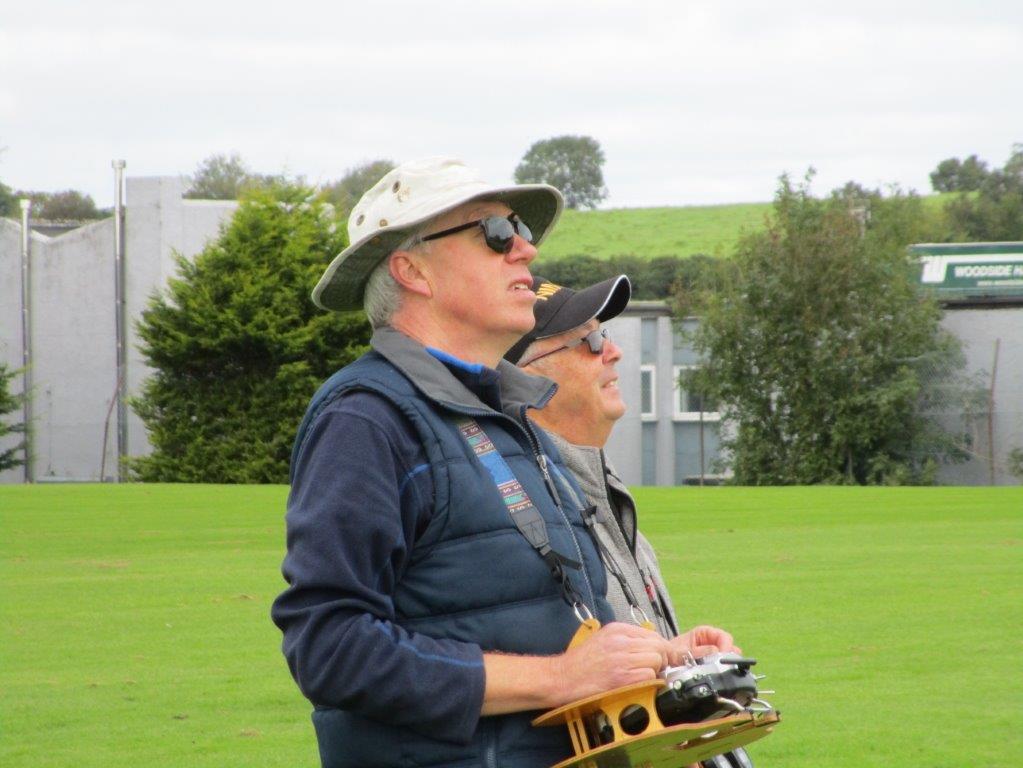 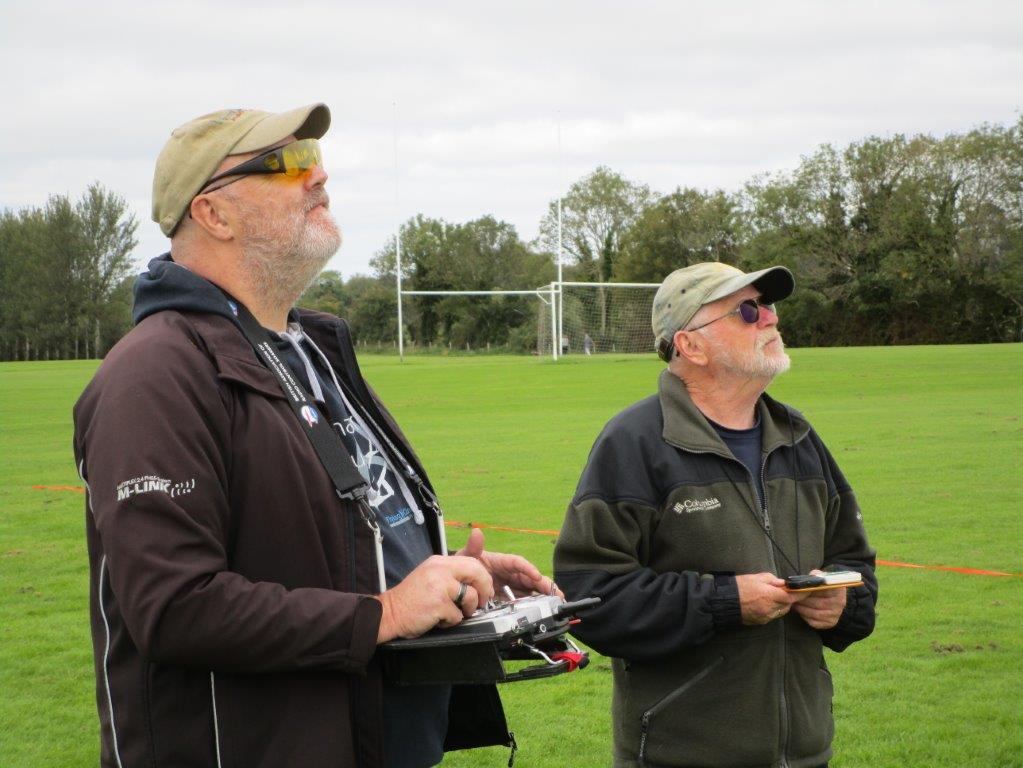 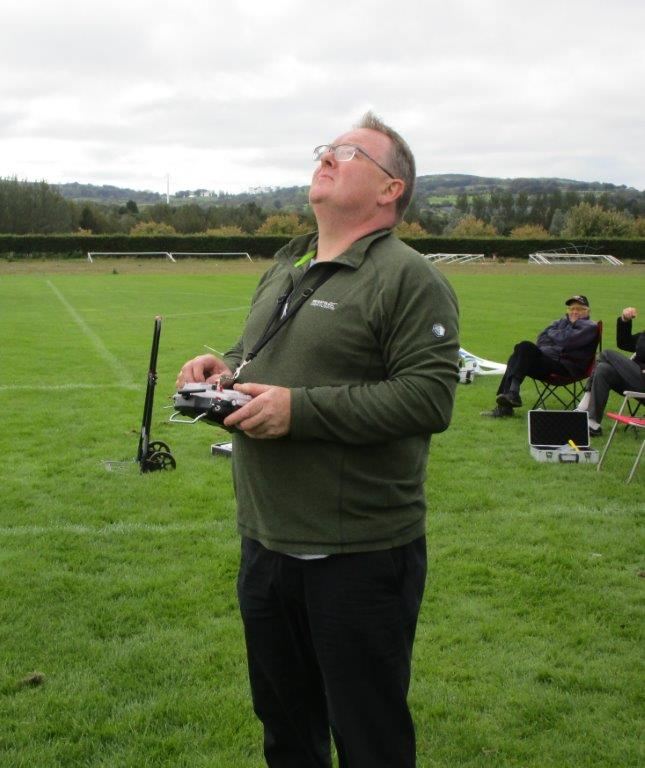 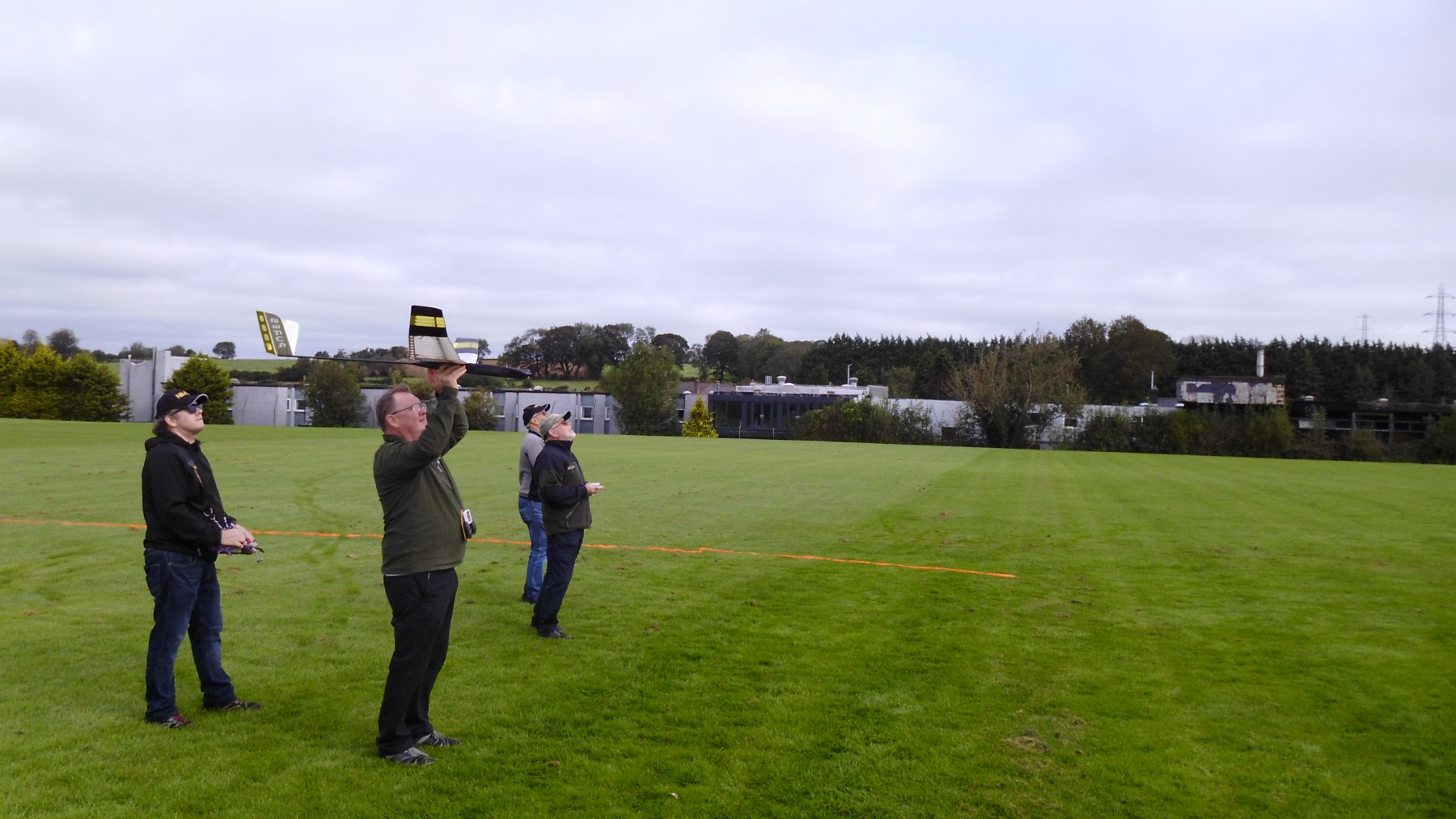 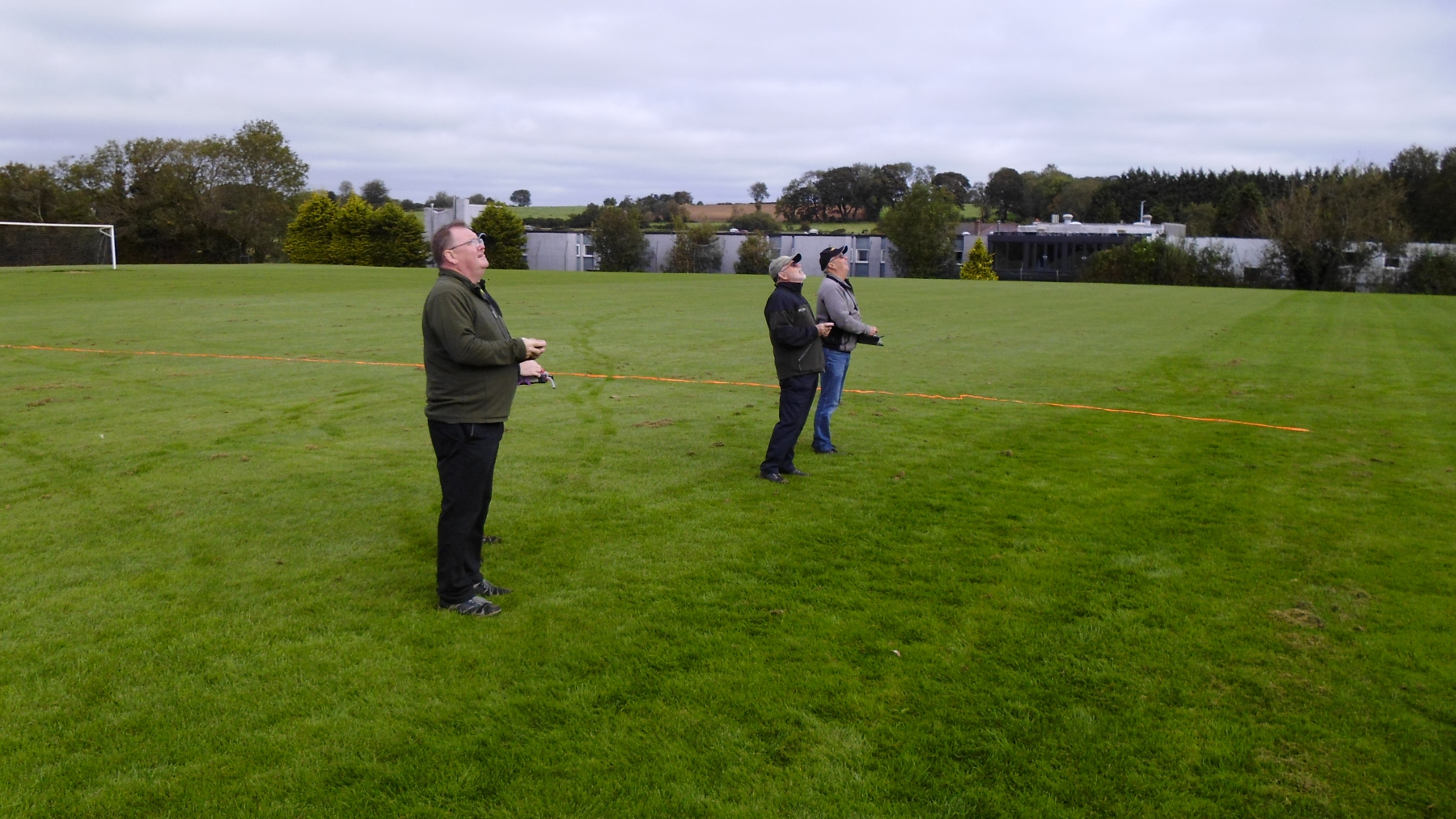 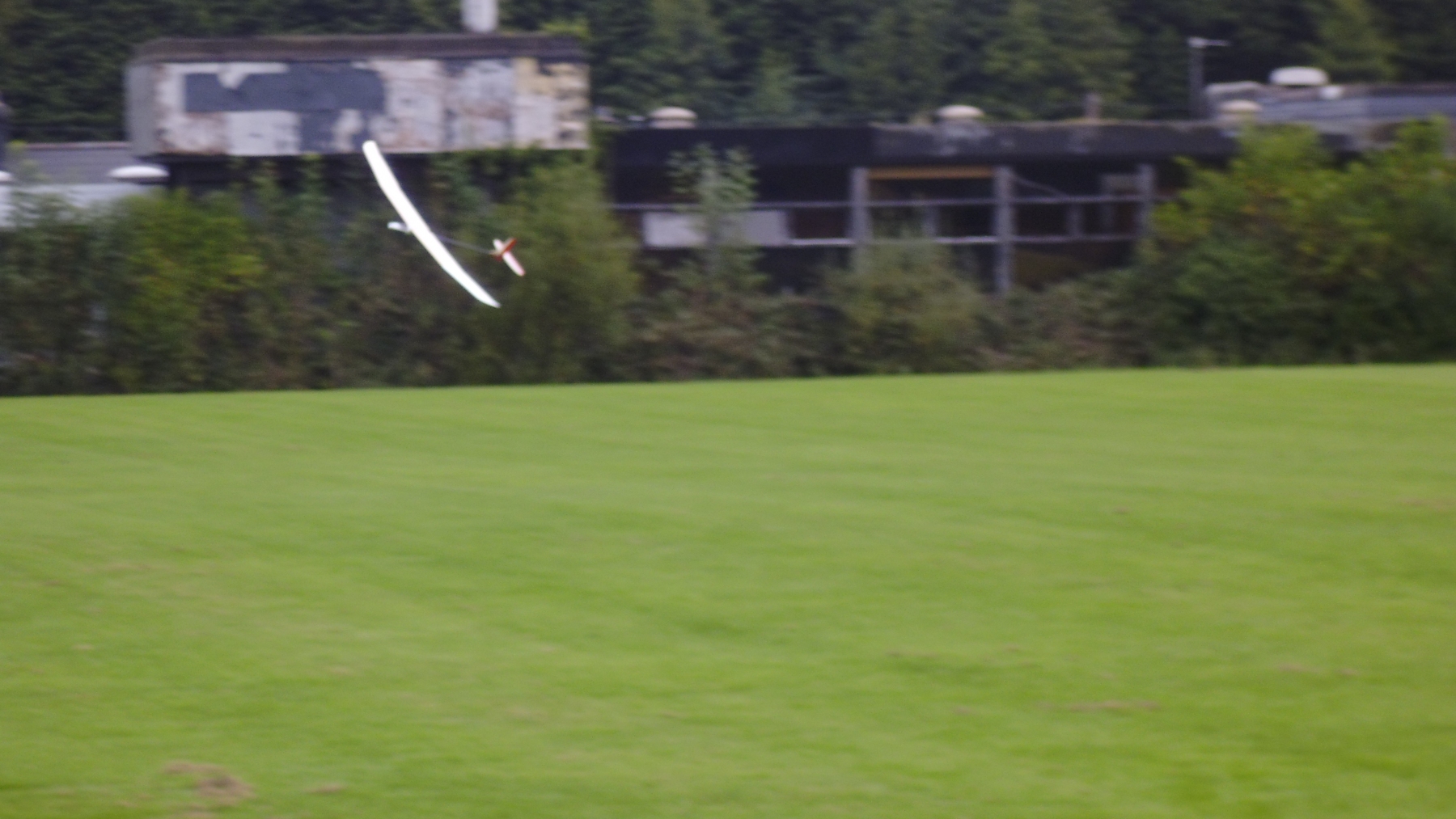